Question: My mother had a stroke that left her paralyzed on the right side. Twelve days later, she was able to lift her right leg about six inches off the bed (we have video evidence of this). However, since then, she has not been able to repeat that. She can occasionally manage three inches, and mostly not at all.

The doctor says it was a "stroke in evolution," i.e. the stroke had not completed 12 days later, and only now (fully four weeks after the stroke) is it complete. Moreover, because she hasn't shown progress in the last week, they want to give up on her treatment and discharge her because they think she won't walk--and they are making this determination just one month after the stroke!

My question: wouldn't a stroke in evolution imply that she could use her leg immediately after the stroke? But she couldn't. She was completely paralyzed, and 12 days later was able to lift, and now can't. My alternative interpretation: they recently diagnosed her with a vitamin D deficiency (she hasn't seen the sun in 28 days after all). So maybe she's just tired! She was able to lift 12 days after the stroke because the deficiency wasn't severe yet, but afterwards she has just been too tired to lift.

Is this plausible to you? The key piece of evidence is that she actually *progressed* between day 1 and day 12, which does not seem consistent with what I am reading about stroke in evolution.

Thanks in advance for any advice, or citations to research, that you can give!

Answer: Quite honestly, there is a lot of change that happens the first few months after stroke. One can go from complete flaccidity with paralysis to increased tone which can also impair movement. Sometimes there are positions that increase tone and a person will be able to move a body part in one position but not in another. There can also be a stroke in evolution where you see more decline. I've seen big fluctuations in what a person who has experienced stroke can do from one day to the next depending on a variety of factors including fatigue, illness, spasticity, cognition, and a host of other factors. Unfortunately, it's hard to sometimes measure progress in short periods of time, and you have to look for repeated progress over a longer period of time. I do this frequently when I am evaluating patients because one day it may appear they have met a goal, but in future visits, they do not show the ability to perform the task/goal. It's quite different than someone who has normal body movement and tone. Many people have Vitamin D deficiency, and I personally do not believe that would be a factor though lying in a hospital bed too much could lead to increased weakness. I do agree with you that a month is not long enough for therapy. That is a typical stay in an inpatient rehabilitation facility but shouldn't indicate the end of therapy offered as a patient can usually have home health, outpatient, or neuro day treatment after leaving inpatient facilities. If she is in a skilled nursing facility that she is not leaving, then I would definitely ask for continued therapy. 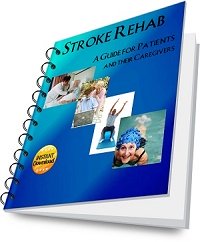